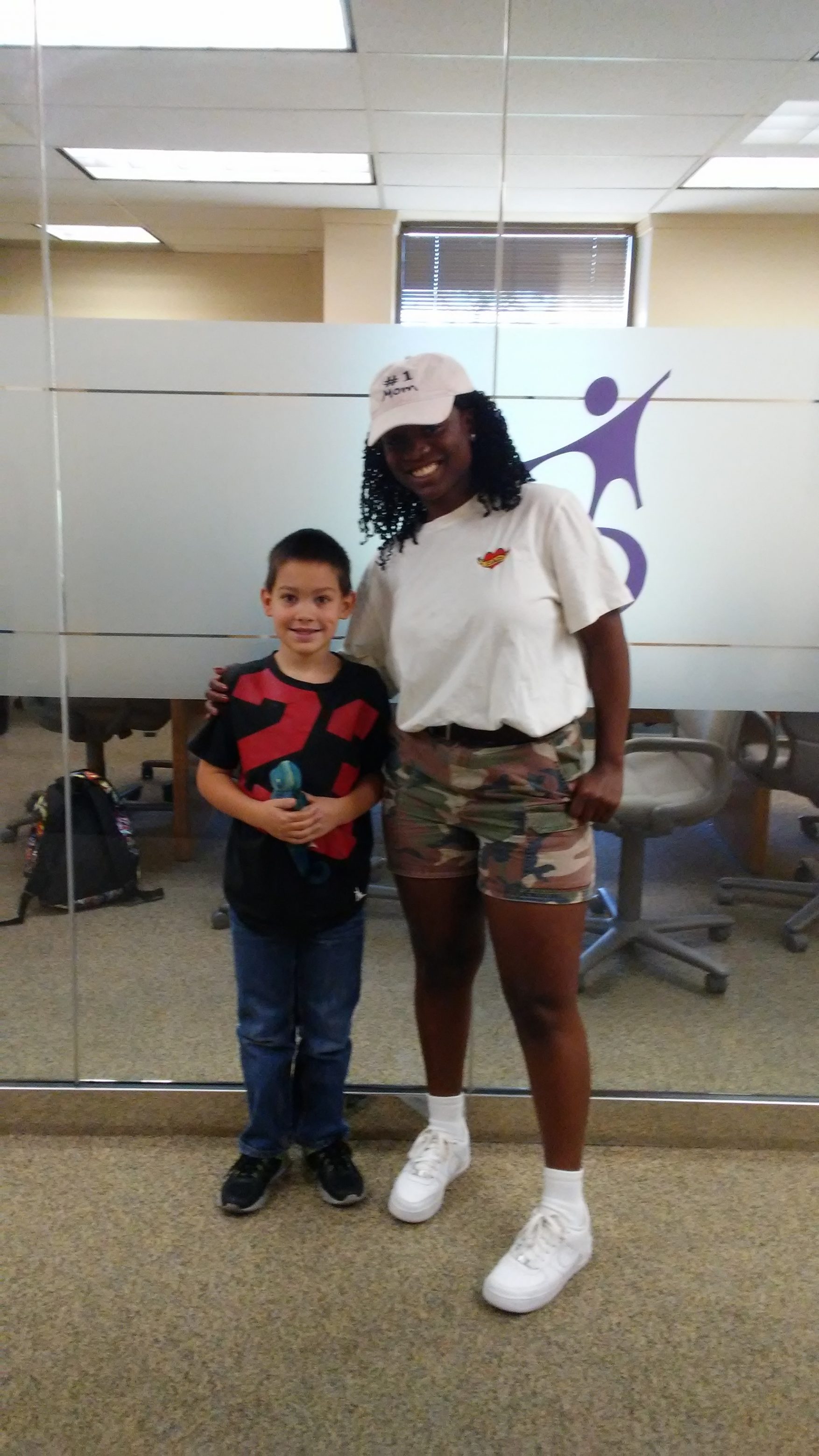 Describe the match in your own words:

This match seems genuine. They seemed to connect from the first time they met. Ailan tells me that his Big Sister is his friend, and he can talk to her about anything. While Morgan is now getting ready to move during a very difficult, she has made it a priority to keep in touch with Ailan and try to carve out time so they can have a fun last activity together, whether this is over the phone or in-person.

What are the things that make this match stand out?

This match has been together for nearly two years. From their first meeting where they started learning to play chess together, and Ailan started teaching Morgan everything he knew about dinosaurs, they seemed to be off to a great start. Since then, they have continued to get to know each other better by exploring fun activities, like playing video games, watching movies, going to the park, exploring archery. Morgan listens to Ailan talk about what he’s interested in, she encourages him to help her decide on their activities, and she listens when he is frustrated with anything going on in his life.

Are there any changes, improvements, special challenges that have occurred during the match?

From the beginning, Ailan knew his Big Sister was in the military, and her having to move would be a possibility. However, the time has come where Morgan will be moving, and while Ailan is sad, he reports feeling like he will still have his relationship with Morgan. In my conversations with the match participants, they are hoping to still keep in touch, and if Ailan ever needs anything or wants to talk, his Big Sister is only a phone call away.

Comments/Quotes from the Little and/or parent about the match:

Ailan’s mom has told me repeatedly that she is so appreciative of Morgan for being a positive role model for her son. When they are having trouble being on the same page at home, she knows that Ailan has Morgan he can talk to, and she can help him see another perspective. Emily says that Ailan’s relationship with Morgan is important for him to have, especially as he gets older. He can turn to her even when he is not sure what his parents might think.